WWOS MAKES AN IMPACT IN 2014: Walking With Our Sisters makes Walleye’s “Best of 2014” & Canadian Dimension’s “Year in Review” list 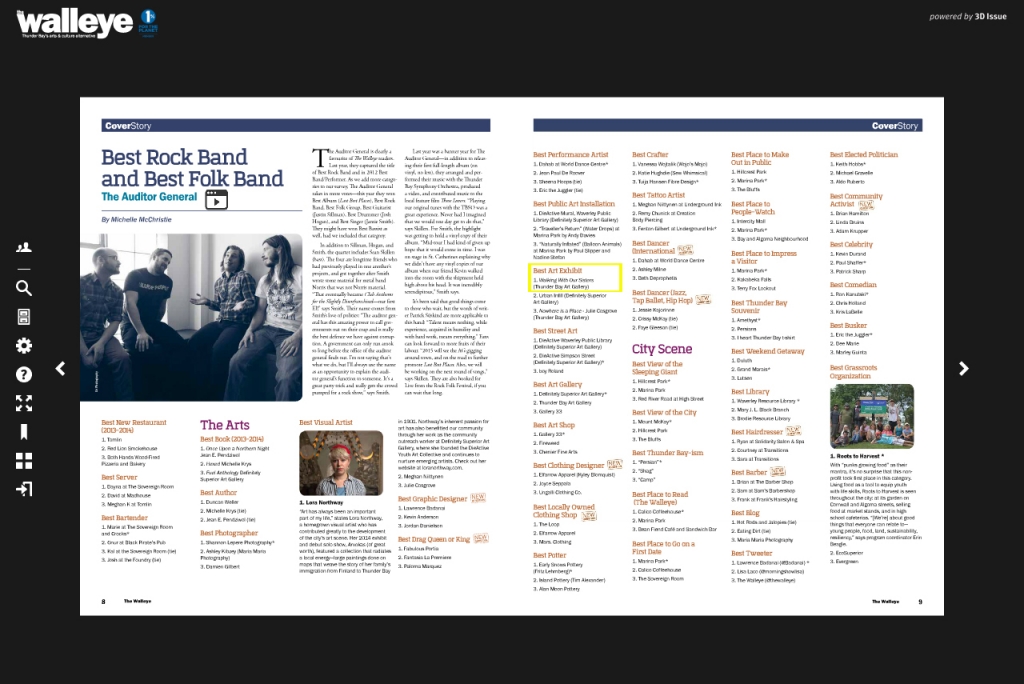 The Walleye is Thunder Bay’s arts and culture alternative magazine. WWOS opened in Thunder Bay on September 19 this past year and made an impact. The Walleye named WWOS as the “Best Art Exhibit” of 2014.

WWOS also made Canadian Dimension’s An Alternative “Year in Review” of Pop Culture along with Rhymes of Young Ghouls, Trick or Treaty, Thomas King’s Back of the Turtle and Tania Tagaq‘s Animism proving Indigenous art and cultural expression is thriving.

About the Author: Leah Snyder