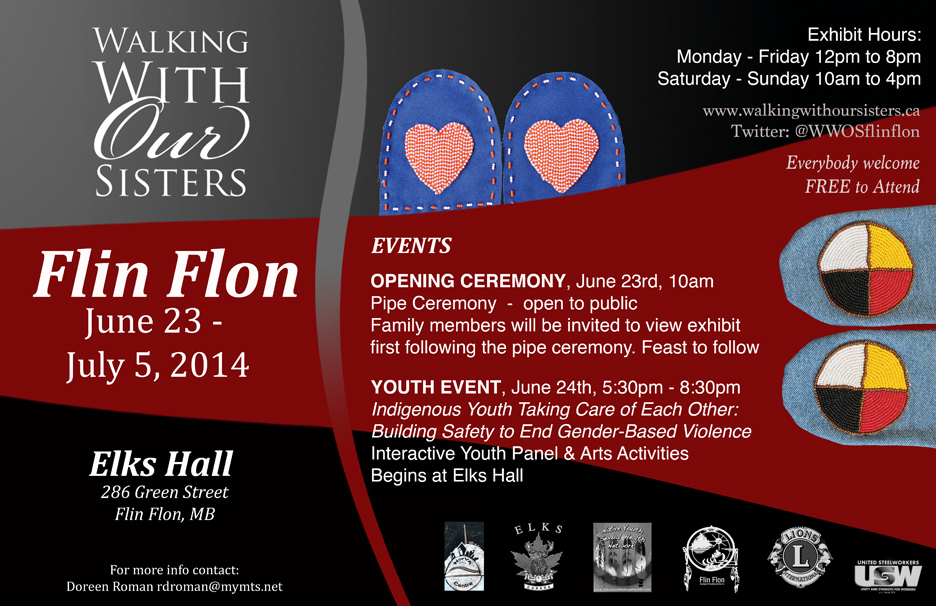 June 23, 2014- (Flin Flon) “Walking With Our Sisters” (WWOS) is a commemorative art installation exhibit to honour missing and murdered Indigenous women and girls. This international touring exhibit opens in Flin Flon today at the Elks Hall. This exhibit is currently scheduled to tour to over 30 locations in the next six years across North America.

The art installation is made up of  more than1,725 pairs of moccasin tops that have been created by 1372 caring and concerned people from around the world to honour and pay respect to the lives and existence of the missing and murdered Indigenous women and girls across North America. Each pair of moccasin tops represents an Indigenous woman or girl who is missing or murdered. They are not forgotten. They are sisters, mothers, daughters, cousins, grandmothers, aunties, nieces, partners, and friends. They are cared for and they are loved. But they have been taken.

For more information, photographs or to arrange interviews please contact: