Walking With Our Sisters location number 4! The Urban Shaman Artist-Run-Centre was the host for the WWOS Exhibit that opened March 21, 2014.

The Vamps and the people who delivered them arrived safe and sound in Winnipeg from Parry Sound on a snowy February Day. A winter feast was held in celebration for the next part of the journey and warmed the volunteers who got the Vamps to Manitoba from Ontario. A few days prior to the Vamps arrival Daina Warren, lead organizer for WWOS Winnipeg, passed tobacco to Velma Orvis, Helen Lesperance, Sherry Farrell Racette, and Sandra DeLaronde (all seen below left) who accepted her request of them to be the Keepers of the vamps and sacred items for Walking With Our Sisters Winnipeg.

For each Community Conversation (above right) a large crowd showed up to discuss how the community could support the Exhibit. One of the outcomes of the conversations was unique programming  leading up to and during the Exhibit.

On March 15 over 50 people gathered together at Neechi Commons for a Bead-In that was hosted by University of Manitoba, Red River College, and Neechi Niche. Along with The Bannock Lady taking a selfie, below are images of the great designs our beaders produced over the course of the  day! 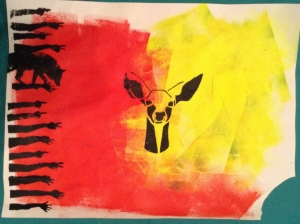 The final individual square patches were then made into a Commemorative Quilt that was unveiled on July 3 at Neechi Commons. The quilt was the community’s way of honouring and remembering the missing and murdered Indigenous girls and women.

The day after the March 21st Opening, Urban Shaman hosted WALKING BEYOND: Youth Gone Activists – a day of free interactive and participatory arts based workshops, ceremony and fun to create collective art that takes action against violence in our communities.

We thank them for their time spent working with youth to empower them through the practice of art activism! 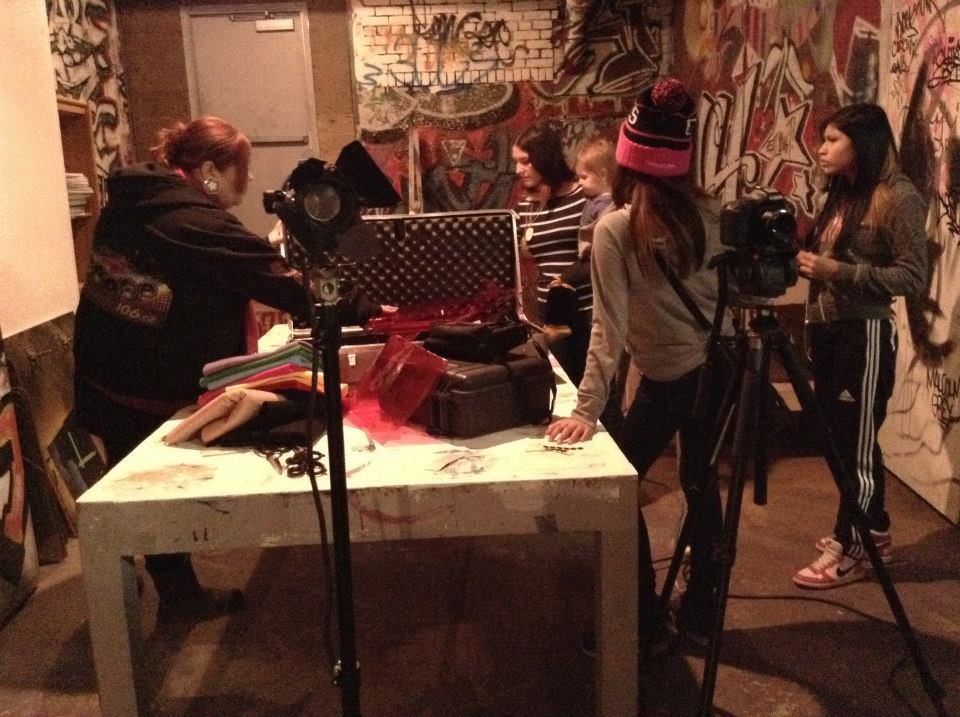 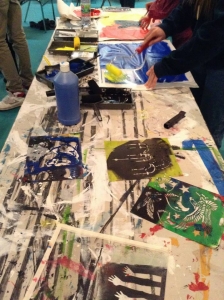 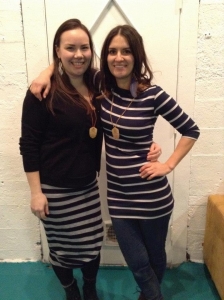 We also thank all the volunteers that showed up to learn how they could be of help. We ran two volunteer sessions (one in the morning and one in the afternoon) on March 6 and the turnout was great! At every stop along the way WWOS has been fortunate to attract such amazing support in the form of helping hands, creative minds, and open hearts. People have brought food, shared rides and offered word-of-mouth promotion. This Exhibit wouldn’t be possible without all of these amazing people who show up with enthusiasm and strength!

The process of the installation took 4 days and as each of the 1700+ vamps were unpackaged and laid out in their temporary home it created an emotional intensity that forged new bonds between people.

On March 29 the Winnipeg Public Library screened “Finding Dawn.” A National Film Board production by Métis filmmaker Christine Welsh “Finding Dawn” is “a compelling documentary that puts a human face on a national tragedy” (read more and watch the full film on the NFB’s website)

Throughout the Exhibit we heard testimonials from those who attended about how moved they were by the exhibit. David McLeod was one of those people who took the time to share with us his private thoughts while moving through the space:

“During my first circular round, my thoughts were overtaken by the vast amount of vamps. I made a conscience decision to walk the path four times to gain clarity. The moccasins are purposely incomplete, to symbolize the unfinished lives of the women they represent… On the fourth round I began to gain a deeper understanding and connection to the purpose of the exhibition. It is not necessarily about what you see, it is about opening your mind and heart to genuinely connecting with the reality of murdered and missing woman, to connect with loss, with deep grief and sorrow, of panicked questions that have not received answers, of prayers that echo within a failed system. I noticed a very small sized vamp, it was made for a baby girl I learned who was murdered inside her mothers womb. It is hard to fathom this much loss, this much potential. I was emotionally impacted by the experience of this visit…

At the end of my walk I placed my tobacco in a second cedar box and gave thanks to Creator for this space. A sacred place where you have an opportunity to take a Walk with Our Sisters, Daughters, Aunties, Cousins, Wives, Friends and Mothers. They are all so deeply missed – a Path to their Spirits has been created.”

Volunteers, like Aviva, shared with us how being part of Walking With Our Sisters affected them.

As emotionally moving as it is to unpack the Vamps, re-packing them offers more moments of reflection. WWOS’s Erin Konsmo (Youth Coordinator, Two-Spirit Support & Media Contact) speaks here with Jules, one of the volunteers who helped with the de-installation and preparation of the Vamps for the next part of their journey.

The impact of WWOS stretches beyond those few weeks at each location. From June 26 – July 31, 2014 at Neechi Commons the youth who showed up for the WALKING BEYOND workshops held a show of the work that came out of their day spent with the artistic mentors.  Following the workshops artist Scott Benesiinaabandan worked with the youth to “create resistance with repetition, ten wheat-pasted 4’x4’ boards based off the pieces generated from the WALKING BEYOND workshops.” (More info here)

“The Walking With Our Sisters presentation held in the Spiritual Lodge went over very well yesterday [Tuesday, May 27, 204]. The Aboriginal Initiatives and Education departments were pleased to have Daina Warren, the Director of Urban Shaman Gallery, speak to around forty offenders at Stony Mountain. The offenders appreciated learning about this community-based endeavor. The offenders added to the event by speaking about their journey in overcoming violence and their personal transformation. Songs, written specifically for the women were preformed, and Daina was given a star blanket for the cause. Many personally expressed their gratitude for sharing information about Walking With Our Sisters afterwards.

The event included a pipe ceremony where Elders prayed for the women and their families, victims of violence, and the continued healing journey for offenders. This was followed by a feast and later there was a sweat for the offenders, Elders were available for counselling.

Daina found it very moving and spiritual, and was impressed with how the offenders want to give back to the community.” 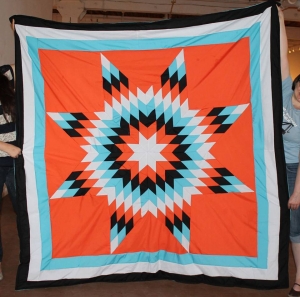 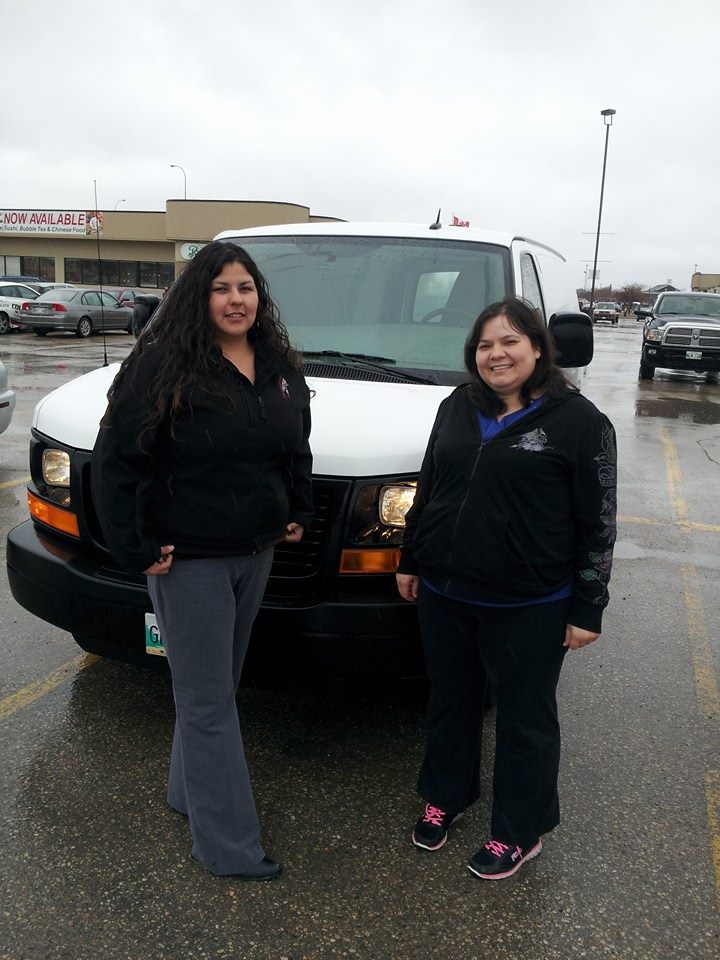 After Winnipeg, the next stop for the Vamps was Sault Ste Marie. The two amazing women who offered to get the Vamps to their next location safe and sound were Jolene Mercer and Amanda Meaeasige. They drove through a snowstorm (in April!) and were greeted by this great bunch pictured below!

The story continues next at Shingwauk… 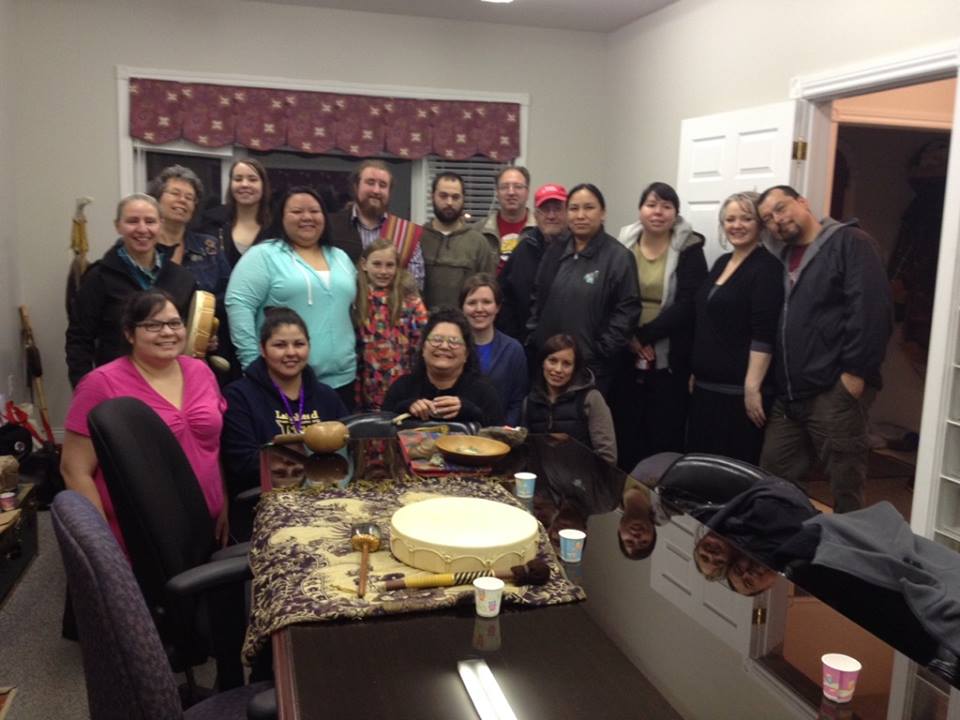 A final Meegwetch to all our wonderful volunteers! 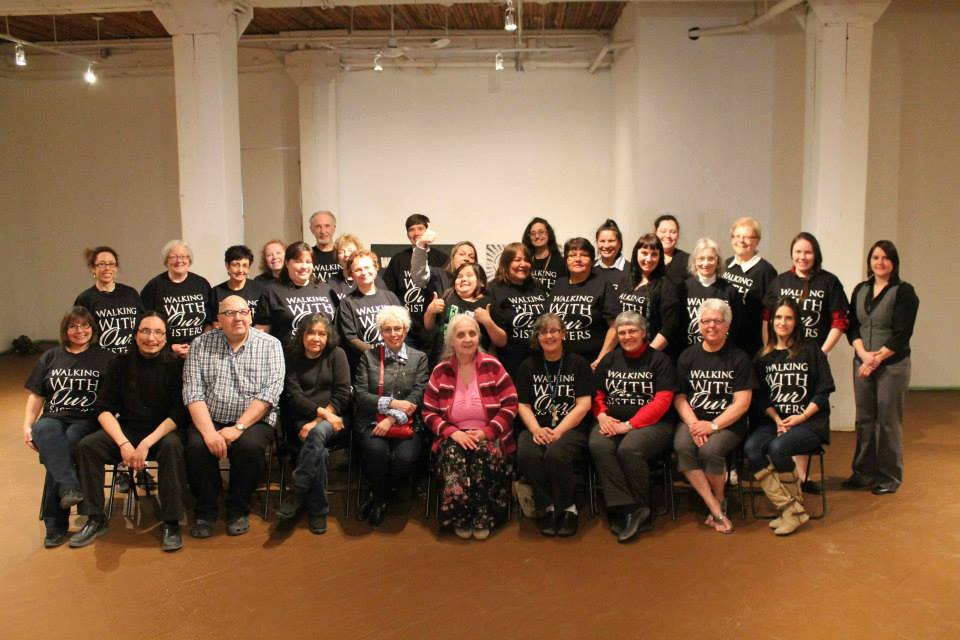 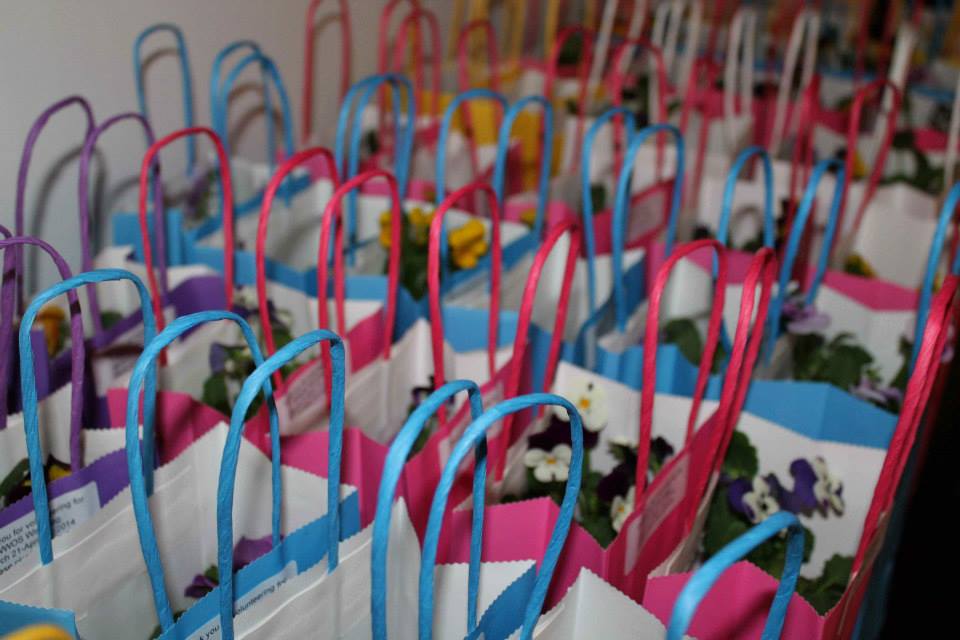 Sandra Delaronde, Keeper and Director of the Helen Betty Osborne Memorial Foundation was interviewed on CTV Morning in Winnipeg. For more information on coverage please see our “News” section.